In striking a balance between preservation and development, the law recognizes the need for development of parkland that was originally intended to be preserved for recreation and conservation purposes in limited circumstances.  The attorneys at Maraziti Falcon, L.L.P. are well versed with the Green Acres Land Acquisition and Recreation Opportunities Act of 1975, N.J.S.A. 13:8A-35 et seq.; the Green Acres regulations pertaining to disposal and diversion of Green Acre restrictions, N.J.A.C. 7:36-26.1 et seq.;  and the NJDEP Green Acres Program.   The firm has been involved in several major and minor disposal and diversions of Green Acres restricted property in the furtherance of a public purpose, leading to NJDEP and State House Commission approval.  The firm also has experience in legalizing prior diversions.

Our firm is providing legal services to facilitate the completion of the Newark Riverfront Park along the Passaic River. This project is collaboration by and among the City, Newark Community Development Corporation, The Trust for Public Lands and the County of Essex. It will provide a linear park along the Passaic River with active and passive recreation and entertainment areas. The Riverfront Park will reconnect the City to the River and provide enhanced public amenities. As part of this project, a major Green Acres diversion of a portion of two parcels along the Passaic River is necessary to remove the Green Acres encumbrance so as to permit the City of Newark to transfer the land to adjacent property owners as part of an exchange for land to be used as part of Newark Riverfront Park.

The Somerset Raritan Valley Sewerage Authority (“SRVSA”) located in Bridgewater Township, desires to construct, operate and maintain a Storm Control Treatment Facility and associated sewer lines on a portion of the County of Somerset Property and construct, operate and maintain associated sewer lines on a portion of property owned by the Borough of Somerville (the “Project”). The purpose of the Project is to eliminate discharge of untreated overflow into the existing park on Southside Avenue and into the Peter’s Brook and Raritan River during wet weather conditions and to alleviate public health concerns. The firm is assisting SRVSA in the Green Acres major disposal of approximately two acres of wooded parkland from the County of Somerset and a minor diversion of property situated on an adjoining parcel in the Borough of Somerville necessary for the Project.

Our firm is assisting the Pequannock River Basin Regional Sewerage Authority with a Green Acres minor diversion to remove Green Acres restrictions in the Borough of Butler Park necessary for the construction, maintenance and use of the 18” diameter sanitary sewer line and 4’ diameter at-grade manhole. The firm is also involved in negotiating a temporary construction agreement with Green Acres for this project.

Following a subdivision of property by two property owners adjacent to the Short Hills Park, access was provided to two residential lots from the park entrance, in the absence of Green Acres approval. The firm was involved in the Green Acres process to legalize a prior diversion of approximately 0.167 acres of parkland consisting of the use of an existing park driveway along the edge of the Short Hills Park and connection to two residential lots. State House Commission approval was obtained for this purpose in 2011. Thereafter, a Green Acres Release and Compensation Agreement and Deed Restriction was executed releasing the Green Acre restrictions on the aforementioned 0.167 acre parcel and encumbering 3.646 acres of replacement property with Green Acres restrictions, together with the construction of certain park amenities.

The City of Plainfield razed a large downtown block to make way for new development, which unfortunately took over 40-years to mature. In the interim, the site was used as a park and was designated as a Green Acre parcel in the 1990s. In the early 2000s, the Union County Improvement Authority agreed to finance the construction of a four-story, 100,000 square foot office building for county and state offices, two one-story commercial buildings with retail and professional components and a 300-car parking deck which have been completed. The firm represented the City of Plainfield between 2001 and 2004 regarding contractual and litigation matters that arose in connection with Green Acres designation and the redevelopment. Thereafter, the project was completed. 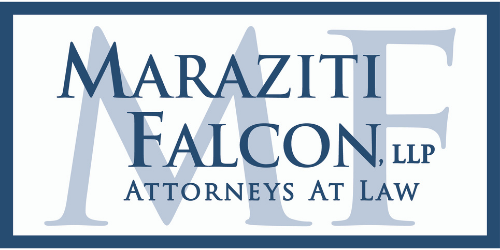